If you have a business whether it’s online or in-store you need to press play to hear some, growth hacks, from the expert. Vin Clancy.  In today’s episode of the Transform you mind with coach Myrna, I’m speaking to, growth hacker, Vin Clancy. Our topic today is “ Growth hacks, to win the internet game.”  Vin is going to share with us today his secret sauce to winning the internet game. I myself want this recipe!

Here is some background info on Vin.

• Infamous growth hacker Vin Clancy went from being on social welfare in the UK to launching 2 online magazines that got over 20 million page views in their first two years with zero ad spend.
•
• He’s since then won best speaker at SXSW V2V for his, growth hacks, talk finished a 100-date world tour, made six figures on his debut growth hacking book, created one of the biggest marketing communities on Facebook, and moved to L.A., where he teaches companies how to rapidly grow their audiences and businesses.
• Vin’s new book “Ace The Game” was released this November.

I never really had what you would call a real job. Like many people my age and I didn’t quite know what to do with my life. Luckily for me, I came through in the era of the internet. One day my ex-girlfriend said you got to do something with your life because I was sitting all day on the couch collecting welfare for over a year.

That night I had a dream. I dreamt I was the editor of a magazine where the writers would be stars not musicians. The very next day after that dream, I met a seventeen-year-old kid who built websites. He showed me how to buy a website domain and we decided to buy the domain, Planet IV. We chose the name planet because we intended to be a global site delivering world news and IV because our intention was for the site to grow virally!

The second week we were live with our college writers we had 25,000 visitors. The next six months we did 300,000 visitors, within a year we had a million visitors per month. I learned how to make our content go viral. One of my first, growth hacks, Around the time we had 300,000 visitors a month, we raised a quarter of a million dollars and I was immediately out of debt.

We then launched a second site, screen robot. That site got two million visitors per month in a hundred days.

We then started a, growth hacking, and marketing agency and I started public speaking in order to get clients. I completed a hundred city world tour speaking about, growth hacks, and getting clients. The tour helped me sell my first book “Secret Sauce” which did over a hundred thousand dollars in pre-orders on Kickstarter and IndieGoGo. I then moved to California and I’ve had my biggest year ever. My second book “Ace the Game” just came out and did ten thousand dollars in sales in the first hour of being released.

What is this secret sauce?

I only knew one person in the magazine industry my friend Miche. She said, look you only have to get traffic to a website. If you get traffic you will have a brand and then you will get investors. So just focus on that one thing, getting traffic to your site.

Our traffic was always great. It started great and it just carried on. The secret sauce, was we understood what type of content to put on our site for it to go viral. Today they are random social news sites for gaming and film watch. You could get traffic from these sites fairly easily.

The secret sauce, is also your competitive edge.

I had 300 people writing for free and We’re getting three hundred thousand visitors a month to our site. The internet gives you advantages. Before the internet you had to have money; but now it’s the Wild Wild West, everyone can get into the action.

How do people get traffic from social news sites?

Social news sites are sites where people post up links they find interesting and then if other people on the website like them, they are voted and it gets to the top. Our gaming writers used to do gaming this way. I looked in Google Analytics and saw how this was a goldmine for traffic.  The most important of my , growth hacks, then I found the other sister sites.

Reddit is a social news site with a very smart and helpful community of users. It is plain bordering on downright ugly, but it is very easy to use and a source for some of the best information you’ll find. The first of the social news, growth hacks, to get traffic to your site.

Digg is a popular social news site that covers a variety of topics and acts as an RSS reader. It has an easy-to-use interface and new users can be up and running in no time. This is the second of the, growth hacks,

Newsvine is a social news site that thrives on articles submitted (or “seeded”) by its users, similar to Reddit. Users are encouraged to discuss topics by leaving comments. The most interactive of the, growth hacks,

Voat is like a Reddit clone, right down to the design of it. Browse categories using the menu above, submit your own links and participate in the voting to contribute to the community.

Quora is really a question and answer site rather than a news site, but that doesn’t mean you can’t find newsworthy questions and answers there. The Quora community is ridiculously smart and more than happy to help answer some of the most pressing questions. I have been using Quora as one of my, growth hacks, to get traffic to this blog.

1. Lead Feeder is a piece of software. It’ll find every business who lands on your website and it’ll find their name their email address and their company so that you can then using an email sequence to follow up with them. I think grip is the piece of software we talk about in the book. So we grab their email and then we send them into an email sequence. So just every business person who lands on your website, before you had no idea.

Now you can identify their business and send them an email sequence. That’s an incredible way of getting leads completely on autopilot and my favorite of the, growth hacks,

2. Rebump – The second of the, growth hacks; once you email people you know people are busy they need to be contacted more than once for the most part. Especially if it’s more in your best interest than theirs. Rebound is a software where if you email someone and they don’t respond, Rebump will email them every 24 hours forever!

3. Linked Helper – The third of the 101, growth hacks, listed in my book is Linked Helper. Linked helper and its sister software called Phantom Bastards is a targeting software. You tell it to do a search for whoever you’re targeting such as software engineers in San Francisco and it will find all the people who match that search term. It will reach out to them and connect with them and if they accept the connection request, it’ll send the first message.

When you write that first message make sure it has humor and it’s not too salesy. Make sure it just begins a conversation e.g I’m putting on a free talk or a free webinar or I have a Facebook group for your industry. It’s a really good way of reaching out. I’ve seen agencies with twenty twenty-five people all of them are using this software and they’re just getting leads by the ton every single day. It works.

#6 The Secret to Growth is to Plan for It.

How to get Rapid Results by eating your Largest Frogs First

Neil Patel – You want to grow your business. You could spend more money on advertising, but who wants to keep giving Google and Facebook all of your money? Instead, try these 4,  growth hacks,  that will kick-start your referral program.

About Myrna Young : Myrna Young , Certified Professional Coach, Author, Realtor, and Host of the Transform your Mind Radio TV and podcast. The mission of the Transform Your Mind Radio and Podcast is to positively impact women to improve their lives by controlling their minds. Using faith and belief to make their dreams become a reality. Visit Myrna on her main website is www.myhelps.us for more free resources. email: info@myhelps.us

Become a Sponsor of the Transform Your Mind Podcast

John Thornhill is the master. He’s the reason thousands of people have generated millions upon millions of dollars online.
He just hosted a private webinar where he revealed how it’s possible FOR YOU to generate $28,368 or more in the next 30 days.
Does that sound crazy to you? Cause it gets even better.
YOU CAN DO THIS
#With no list.
#No Website.
#And no experience.
And you can be set up in 27 minutes.

YOU NEED TO SEE THIS FOR YOURSELF 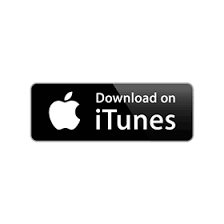 INDUSTRY’S LEADING SUPER-AFFILIATE TELLS ALL…
Igor Kheifets is the 3rd highest-earning super-affiliate in the internet marketing niche. Igor’s 2-step system has helped him consistently rank as the highest-earning and the highest-converting (measured in commissions earned per click) for industry’s leading vendors including but not limited to Matt Bacak, John Crestani and Anthony Morrison. During the upcoming workshop, Igor’s going to show you the secret behind his affiliate success.
REGISTER FOR FREE
https://2333equxyhkb2a38uzl7jg4q65.hop.clickbank.net