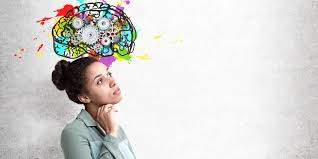 Motivate Yourself with The Power of Positive Thinking

Synopsis of, Patience, Let’s  say you are stranded in the woods. It is dark and it is cold. You need to make a fire to stay warm and to cook anything you can catch. You find a dry stick and a hollow branch and you set about rubbing the stick and the branch together feverishly. You keep this up, rubbing and blowing patiently hoping to create a spark that could be nursed into a fire. You keep rubbing, and blowing. You have all day and all night….. you have, positive thinking, because if you don’t you will surely freeze to death.

Persistence, – When you get tired you take a short break and then you get back to work. You tell yourself, “The fire will start”.

Positivity,  You believe the fire will start. You keep your, positivity, by telling  yourself “I will have fire, I will stay warm, I will have food to cook and eat”. You let none of the negative thoughts that pop into your head linger, you send them back immediately. Negative thoughts such as, you don’t know how to a make fire, you are not a cave man, maybe the bush is wet and it will not light, you will die of hunger and cold because no one will find you.

No.. as soon as any of these thoughts come into your mind, you reject them and send them back!. You keep rubbing and blowing with increased vigor. You tell yourself “I shall live and not die”.

You can do the same. Find an inspirational story and use it as your map. Some real life examples are Arnold Schwarzenegger and Sylvester Stallone. Arnold built his empire and muscles,

One bicep at a time.

Arnold had the, patience, and the, persistence, to stick with his dream of becoming a world champion and playing the part of Hercules in the United States of America. His, Patience, Persistence, and, Positivity, assured him success.

Sylvester Stallone had to sell his dog for $50.00 because he was starving; but he had, patience, to wait until someone offered him the starring role for the script for Rocky, Persistence,  to keep pedaling it to over 1500 studios in New York and the belief and, positivity,  that he will succeed…… and he did.

How to Motivate yourself

You make goals… but then you procrastinate.

You are not, motivated, So how do you, motivate, yourself?

Why are we so good at thinking of what to do; but so terrible at actually, motivate yourself, to actually doing those things?

Procrastination is a mood-management technique, albeit (like eating or taking drugs) a shortsighted one. But we’re most prone to it when we think it will actually help… Well, far and away the most procrastination occurred among the bad-mood students who believed their mood could be changed and who had access to fun distractions. Motivate, yourself so you can leave procrastination in the dust.

How to use, Patience, to, Motivate, Yourself

I no longer have, patience, for certain things, not because I’ve become arrogant, but simply because I reached a point in my life where I do not want to waste more time with what displeases me or hurts me.  I, motivate, myself by have a low threshold for time wasters. I have no, patience, for cynicism, excessive criticism and demands of any nature. I lost the will to please those who do not like me, to love those who do not love me and to smile at those who do not want to smile at me. I no longer spend a single minute on those who lie or want to manipulate.

I decided not to coexist anymore with pretense, hypocrisy, dishonesty and cheap praise. I do not tolerate selective erudition nor academic arrogance. I do not adjust either to popular gossiping. I hate conflict and comparisons. I believe in a world of opposites and that’s why I avoid people with rigid and inflexible personalities. In friendship I dislike the lack of loyalty and betrayal. I do not get along with those who do not know how to give a compliment or a word of encouragement. Exaggerations bore me and I have difficulty accepting those who do not like animals. And on top of everything I have no, patience, for anyone who does not deserve my, patience.”

The Power of Positive Thinking

The most famous work of Dr. Emoto was published in 1999 and is called ‘Messages from Water,’ which has sold millions of copies all over the world. In the book, Dr. Emoto explains in detail that what we say, feel, and what we listen to has an effect on water. The research clearly shows how the power of, positivity, can transform anything in our physical reality. He uses water as an example. Since human beings are made up primarily of water (60-75% depending on the source), water has a direct effect on us.

Dr. Emoto placed rice into three glass beakers and then fills the beakers with enough water to submerge the rice. To the first beaker, he states the phrase (in Japanese): “Thank you,” “You’re an idiot” to the second, and ignores the third.

In the end, Dr. Emoto is pictured explaining that how we treat children is especially important. According to Emoto, we should take special care in how we interact with them and ensure that attention is given. He explained that indifference does the greatest amount of harm, as demonstrated by the third beaker of rice in the video. It’s amazing how the jar with positive words was still white and fresh, when in our reality we would at least believe that it would definitely start to go bad. Amazing! That’s the power of, positivity, at work.

Principle # 4 Have a Positive Mind-set

How to Program Yourself for Positive Change

About Myrna Young : Myrna Young , Certified Professional Coach, Author, Realtor, and Host of the Transform your Mind Radio Hour and podcast. The mission of the Transform Your Mind Radio and Podcast is to positively impact women to improve their lives by controlling their minds. Using faith and belief to make their dreams become a reality. Visit Myrna on her main website is www.myhelps.us for more free resources. email: info@myhelps.us

Discover the hand-to-hand fighting system so simple you can learn it in hours, yet so effective the methods are used by Tier 1 special forces units around the world. Developed by an active-duty special operations soldier, this fight system has been tested in over 600 real-life encounters. Only the most reliable, effective and easy-to-learn techniques made the cut, which means winning a fight is now as instinctive as sneezing.