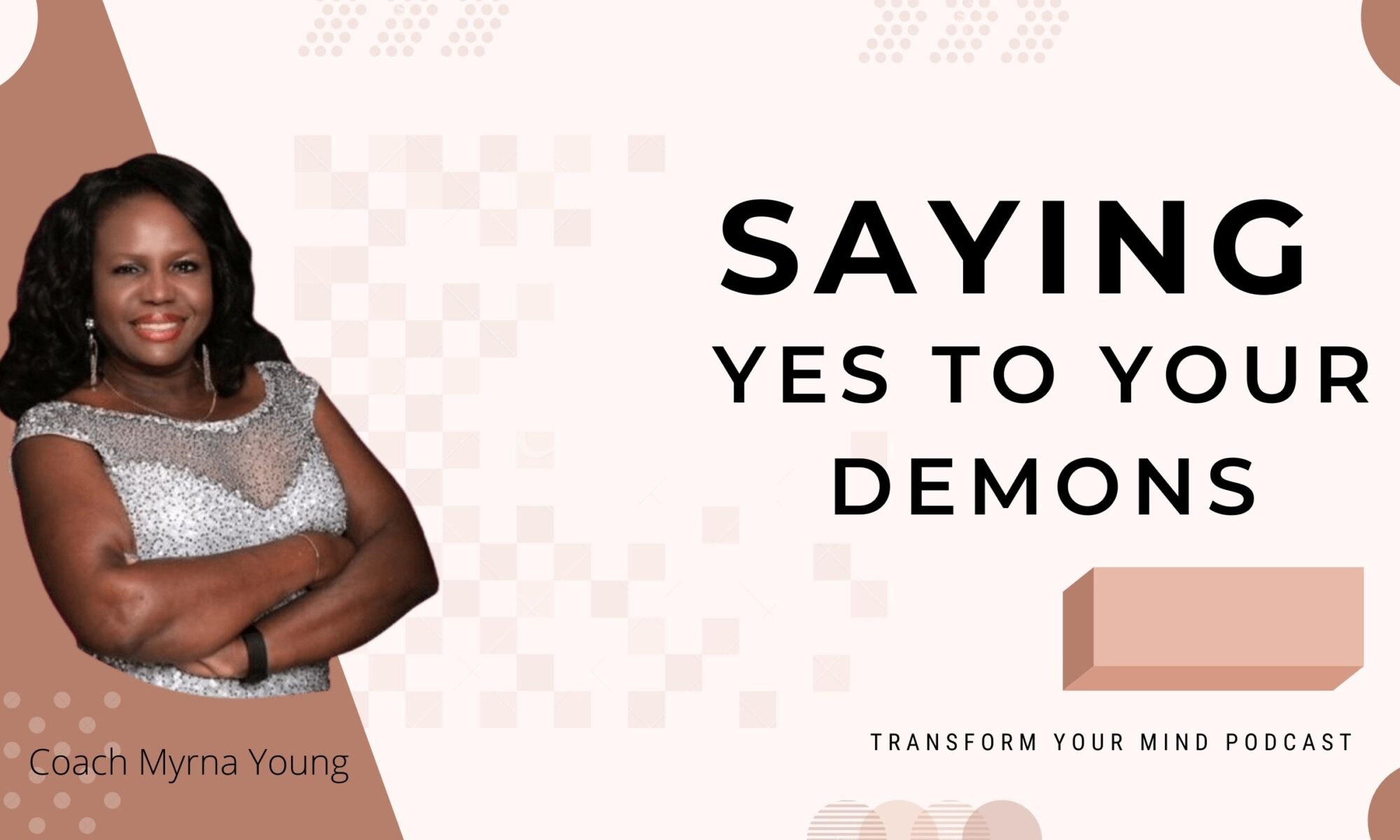 Saying yes to your, demons, is how you get rid of them.  Demons, feed on, negative energy, and, conflict.  So just accept them and tell yourself if you ignore them they will go away.

The monk who gathered demons

There is an ancient story of a, monk, who leaves his cave to gather firewood and when he comes back, he finds his cave filled with, demons. They had taken over the joint. His first thought is I got to get rid of these guys, so he tries pushing them out, fighting them, lunging at them but the, demons, were unphased.

The more he tried to get rid of them, the more they settled in.

His next approach was to teach them the, dharma, and make them leave on their own.

He teaches them about, impermanence, nonphysical and physical, compassion etc. but they just stared at him with wide eyes understanding nothing.

He realized that these, demons, could not be manipulated to leave so he resigned himself and decided to find out what they were there to teach him. As soon as he accepted these, demons, most of them bow and dissolve except one.

One demon always stick around

There is always one fierce, demon, that sticks around that is difficult to get rid of. So, he walks up to this, demon, and said “you win, just eat me” and he sticks his head in its mouth and that, demon, dissolves also. The moral of the story.

The, demons, leave when you stop fighting and say yes.

How many of you can relate to this story? You are, conflict, with your spouse, your boss or best friend. You are trying to convince them of your point of view but the more you try to debate the issue the more they settle in on their point of view.

So, finally you say to yourself I give up you win and the second head on your spouse vanishes!

Teaching Dharma to the demons

The, monk, even tried to teach the, demons, the, Dharma, and about, impermanence, because they felt they were still alive.

Buddha, had three essential teachings called the, Dharma Seals. These three teachings of the, Buddha, are:

For instance, our body is visibly impermanent and getting older every day, and yet this is something we don’t want to accept. Certain popular magazines that cater to youth and beauty exploit this attitude. In terms of view, meditation and action, their readers might have a view — thinking in terms of not aging or escaping the aging process somehow. They contemplate this view of permanence, and their consequent action is to go to fitness centers and undergo plastic surgery and all sorts of other hassles.

Enlightened beings would think that this is ridiculous and based on a wrong view. Regarding these different aspects of, impermanence, getting old and dying, the changing of the weather, etc., Buddhists, have a single statement, namely this first seal: phenomena are impermanent because they are compounded. Anything that is assembled will, sooner or later, come apart.

Nirvana, is a place of perfect peace and happiness, like heaven. In Hinduism and, Buddhism, nirvana is the highest state that someone can attain, a state of enlightenment, meaning a person’s individual desires and suffering go away.

Just as all-important legal documents have the mark or signature of a witness, all genuine practices of the, Buddha, bear the mark of these three teachings.

If we look into the first, Dharma Seal, impermanence, we see that it doesn’t just mean that everything changes. By looking into the nature of things, we can see that nothing remains the same for even two consecutive moments. Because nothing remains unchanged from moment to moment it therefore has no fixed identity or a permanent self.

So in the teaching of, impermanence, we always see the lack of an unchanging self. We call this “no self,” the second Dharma Seal. It is because things are always transforming and have, no self, that freedom is possible.

When you are fighting, demons, it is easy to say “I give up, eat me” because they feed on the energy of, conflict, fear, and, negative thoughts, just remember another ancient saying “this too shall pass” the, demons, only stay if you fight them.

Demons are here to teach us something

What can our, demons, teach us? Every, conflict, is here to teach us something.

If you are in a relationship and someone is always pushing your buttons, then that is an opportunity for growth. This, demon, is here to teach you to have an, internal locus of control. When you have peace inside, no one can deliberately push your buttons. You will find that the, demon, dissipates when  you don’t react or respond. It is no fun trying to steal your peace if you don’t lose your peace. Practice not reacting to the, demon, just say yes and they will leave you alone.

Say This too shall pass, everything is impermanent.

Are You Trapped By Your Past?