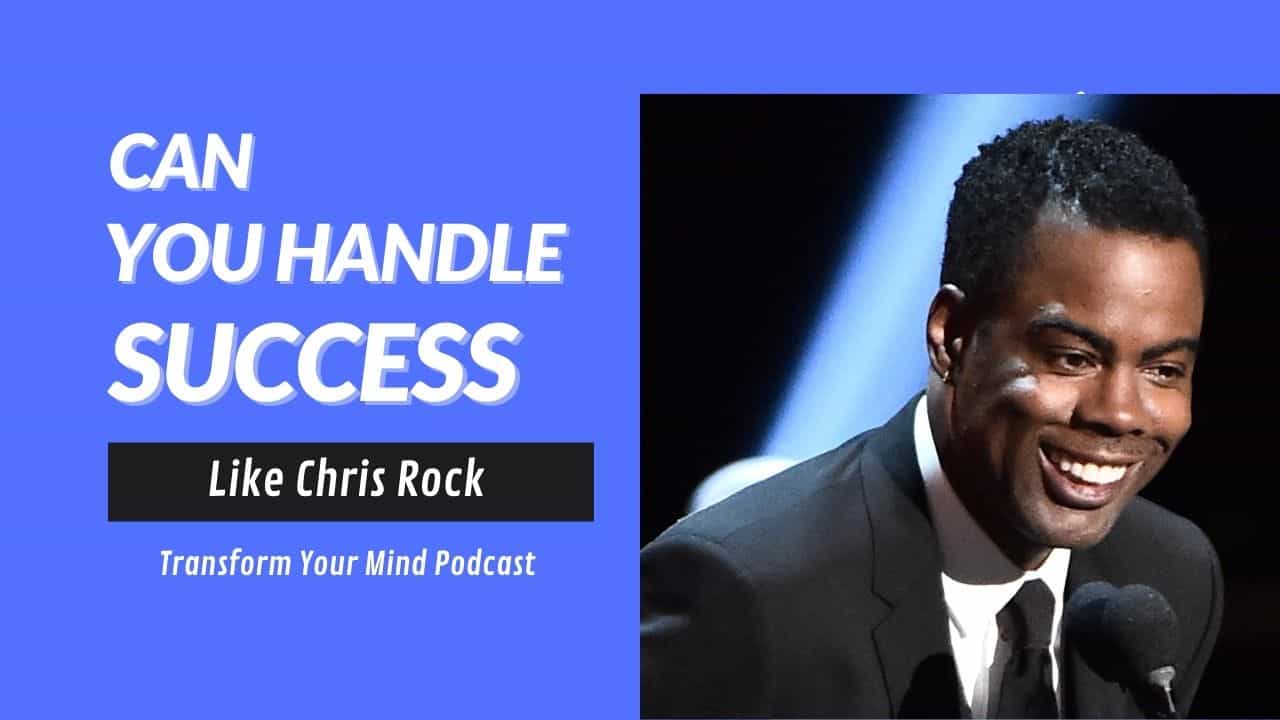 Success is like a two-faced coin, one side is fame and fortune, the other side is no privacy and no peace. Chris Rock, knew about, success, and that he couldn’t retaliate to Will Smith’s  slap.

In my episode entitled “Will Smith had 10 seconds to choose a different reality”  we looked at the slap that was heard around the world from Will’s Smith’s perspective.

I agreed with Denzel Washington’s statement to, Will Smith, that when you are at the height of your success that is when the devil comes to destroy you.

The devil was able to grab Will Smiths peace and joy from him seconds before he reached the top of the mountain and the celebration began.

How Chris Rock handled the moment

But today so want to talk about, Chris Rock. Most men even Pastor Jamal Bryant from Newbirth church in Atlanta, Ga said that if a man slapped him, he would not have turned the other cheek. They would not let anyone take their manhood and bitch slap them on National TV without retaliation.

The first thing my daughter said to me was that, Chris Rock, was so aware. He knew that the person walking onstage was Richard and not Will. He took the slap said “Dude it was just a GI Jane joke” and then completed this moment by saying “This is the Greatest night in television history.” He was present.

So why didn’t the, Devil, take out two black men at the same time? Why wasn’t he able to destroy, Chris Rock, who remained calm?

Why wasn’t, Will Smith, able to handle, success, and, Chris Rock, grabbed his moment. These are the questions I will attempt to answer in this episode.

Chris Rock, also had 10 seconds to make a decision to retaliate, he made a different choice and instead he continued on with the task at hand. He was there to present the, Oscar, for a documentary film.

Chris Rock was prepared for success

Chris Rock, moment came and he was prepared for it. Apparently, he has been in therapy 7 hours per week for being bullied and abused in school. He was attempting to bury his demons.  Will Smith, also had a coach for 2 years, but his demons returned.

When your moment of, success, comes, if you take it, the universe rewards you. Chris Rock, is making bank. All his shows have been sold out and, Will Smith, will probably not get another movie role for a long time.

Remember what you have now, you asked God for.

Success, to me looks like a beach front house, a million dollars in the bank a couple of luxury cars.

But I am, successful, now. Everything I have now, I asked God for.

Don’t tell yourself that you will be, successful, when something happens. Nothing wrong with having goals, but you have to enjoy your life now or you will never be able to enjoy it then.

Happiness does not come with success

I heard both, Will Smith, and Kanye West say

“I have all the money I need, I have the hot wife and kids, the big house, career success but I am not happy.”

How will you handle, success? Be careful what you wish for, you might just get it.

Will smith, decided that the day when he was about to receive his highest honor, he would let the, devil, ruin it.

Chris Rock, responded to being slapped in front of his peers and the world with no aggression; he told, the devil.

“Get behind me Satan.”

He could not have imagined this scene, but maybe as a comedian he was prepared for someone responding badly to his joke and charging the stage.

I was listening to the radio the other day and they were talking about a rapper who just retired because she didn’t like fame.  Most people want, success, but can’t handle it when it comes.  Success. is like a two-faced coin, one side is fame and fortune, the other side is no privacy and no peace.

Can you handle, success?

This is Life coach Myrna Young and you have been listening to 5 mins with coach Myrna.