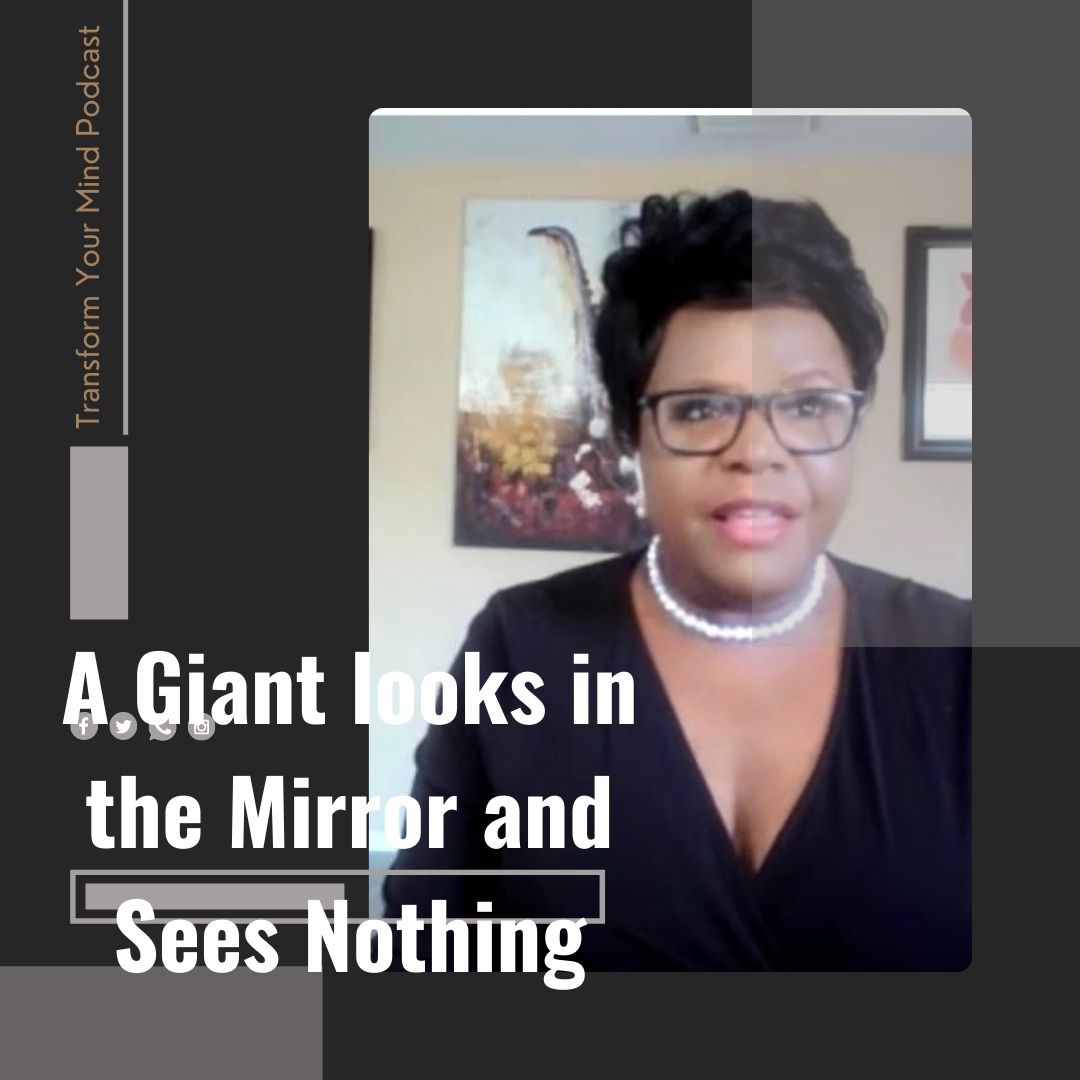 Kanye West’s mother Donda built up her son’s, self confidence, by speaking life into him.  She told him “If you are a giant, you can’t see yourself when you look in the mirror”

In this episode of, 5 min Fridays with Coach Myrna, I want to teach on, self-confidence, and use the Netflix documentary of, Kanye West, as the background story.

Kanye West, grew up poor in Chicago and started rapping at a young age. He started producing beats in his teens and created beats for legends like Jayz and others. But his vision was to be a rapper and nobody would give him a record deal as a rapper, because he was labeled a producer. His mother Donda kept speaking to his, confidence, she kept building him up by telling him he was great.

She told him “If you are a giant, you can’t see yourself when you look in the mirror”

That was a powerful statement and Kanye used that as his fuel to keep pushing and he finally got that record deal with Roc-A-Fella records, but he still had to push to get his first album released. The album was an immediate hit topping the charts at #1 and he was nominated for 10 Grammys. Kanye West, is now on his way to becoming the richest black man in America.

Kanye’s, confidence, was stroked by his mother. She told him he was a genius and a, giant, and he started walking and talking like a, giant. It all started with his mother Donda watering his dreams and building his, confidence, until according to, Kanye, his brain became too big for his head. That was his explanation for his battle with, mental illness.

Let’s look at that statement a, giant, looks in the, mirror, and sees nothing.

Self-confidence, is looking at yourself and knowing that you are crushing it. Whatever it is but if you lack, self-confidence, when you look in the, mirror, you see nothing; there is no reflection of beauty. You see failure, you see your flaws, you see not enough. What, Kanye West Donda, was saying to, Kanye, was that he was so great that he couldn’t comprehend it and so couldn’t see it when he looked in the, mirror.

That is the most powerful builder of, self-confidence, I had ever heard because from then on whenever, Kanye, doubted himself, he would remember his mother’s words that he just couldn’t see his greatness because he was bigger than even the, mirror.

We are all giants and limitless

We can all be, giants, because we are limitless. We can become anything we want, but what holds us back is feeling small when we look in the, mirror. The people of Israel saw themselves as, grasshoppers, they saw themselves small and insignificant. Remember, Kanye West Donda, words a, giant, looks in the, mirror, and sees nothing, so keep pushing until the, mirror, catches up to your vision.

I speak into my children’s lives all the time.  Sometimes they come into agreement and sometimes they feel that because I am mom, that I should say these things. Don’t worry if they don’t look like they are accepting your vision.  Remember the movie Inception. All you are doing is planting seeds, when the time comes, that seed will become a forest.

So, keep speaking life into your children, into your spouse, into yourself. Tell yourself that when a, giant, looks in the, mirror, he sees nothing so if you don’t see anything it is because you are a, giant! Everyone sees the, giant, except you.

This is life coach Myrna Young and you are listening to, 5 min Fridays with coach Myrna. I want to invite you to join my Facebook group called Lifecoach for daily inspiration. Until next time Namaste

You Were Born For This: Find Your Courage