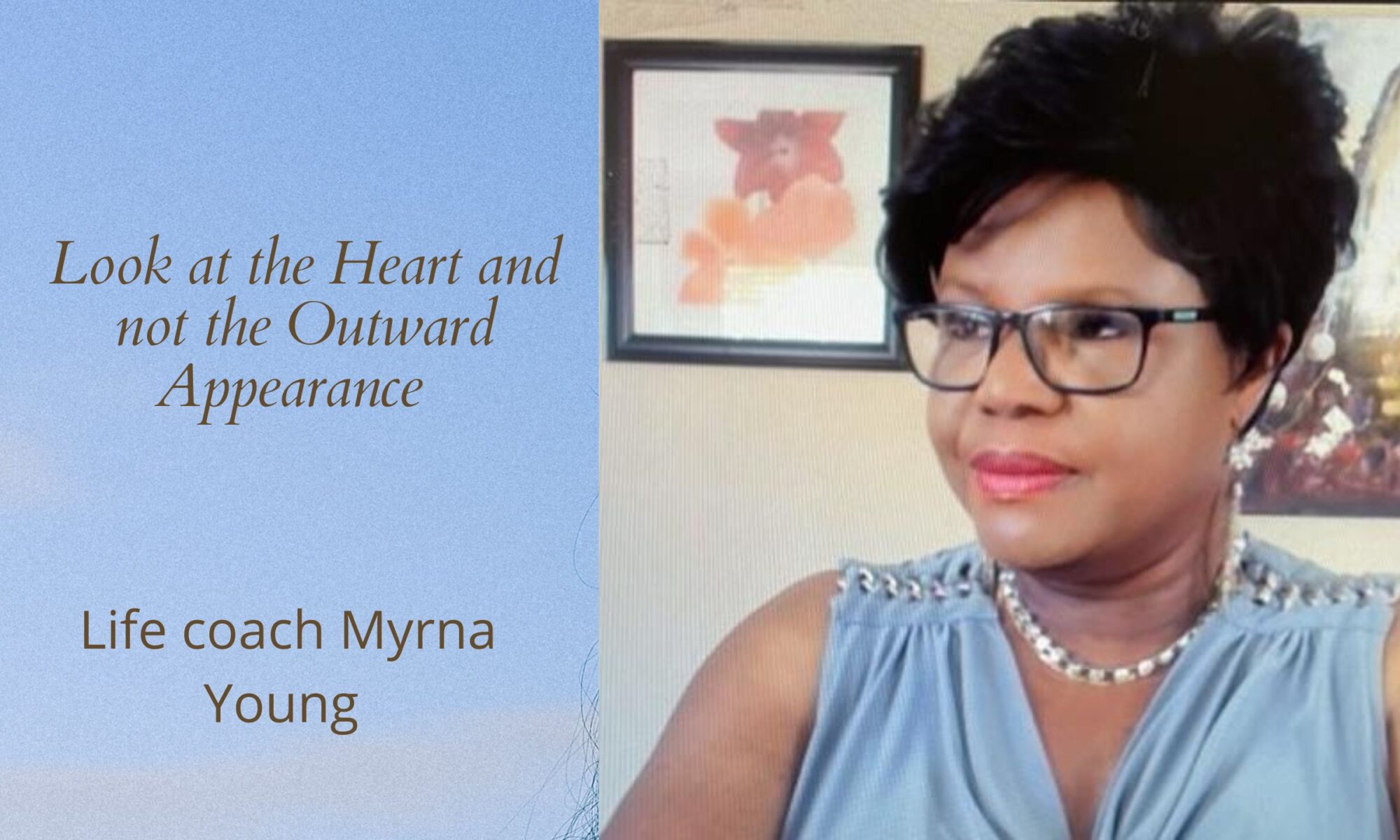 The Lord said to Samuel “Don’t judge David by his appearance or height. People judge by outward appearance, but the Lord looks at the heart.”

In this episode of 5 min Fridays with Coach Myrna, I teach on why we should not judge our partners by their outward appearances, but by what’s in their heart.

Background story of why we should look into the heart

A blind girl hated everything and everyone except her boyfriend because he was the only one who was always there for her. When he asked her to marry him, she refused saying she could only marry a man if she could see his, eyes.

Sometime later someone gave her a pair of, eyes, and when she could see, she saw that her boyfriend was blind and his, eyes, were closed. She told him she couldn’t marry him because she couldn’t look at his closed, eyes, for the rest of her life. Her boyfriend went away with tears in his eyes.

Sometime later she received a letter from her boyfriend asking her to be careful with her, eyes, because they were once his!

So today I want to teach on how to look at the, heart, and not the covering.

True love comes from the heart

Let’s first define, true love. Is, true love, goose bumps, sexual attraction, chemistry, or is, true love, the willingness to give your partner what they need to be complete eg. your, eyes, if they can’t see?

Humans are always influenced by what they see. It is the first level of, attraction. What we see is linked to our, heart. I was watching the Tarzan movie the other day and when Tarzan met Jane, he started to sniff her private parts. Humans can’t go around doing that so we depend on our, eyes, to influence our, heart. That is why we spend hours every day tweaking our, appearance, so that we look our best.

But what about our insides?  How much time do you spend tweaking our insides so that we are the best version of ourselves?

Don’t judge the outward appearance: look at the heart

The Lord said to Samuel “Don’t judge, David, by his, appearance, or height. People judge by, outward appearance, but the Lord looks at the, heart.”

Personally, I have always liked my men tall, dark and slim built and when I met my husband, I almost rejected him because he is built like a linebacker and definitely not tall and slim, but I noticed his, heart, immediately and that is why I married him.

Ladies it is nice to have a picture in your mind of what you are looking for in a man, but don’t reject someone outside of your parameters without first looking into his, heart. His, open heart, is what will love you and be emotionally available to you. It will love your kids, provide and protect your family.

I remember Joel Osteen preaching on the subject years ago. He said that his sister had this image of the man she wanted to marry and it didn’t include a red-haired man, so when a red hair man came courting, she sent him away until she realized that this was the man God chose for her. She had to let go of her idea of what a  perfect man should look like and look at the, heart, of the man in front of her.

How a man treats others reveals his heart

They have now been married for over 20 years.  Ladies sometimes you get what you ordered, but most times you have to take what shows up. Look at how the man treats you, how he treats his mother, how he treats the waiter and his relationship with God and you will get a peek into his, soul.

And if you find one with a great, heart, but not the, outward appearance, that you prefer, please don’t throw him back in the pond, because some other woman will gladly fish him out!

How to Listen to your Heart

By choosing to follow or, listen your heart, you are gaining the strength that comes from all the love you’ve ever had. Once you feel it, that love can overcome your problems.

Understand that if you approach someone with an, open heart, he or she will feel it and will most likely return a similar energy to you. That’s how relationships are born, reaching out and touching another. It’s what we all want, and it is available to you by just being willing to, listen to your heart.

Thanks for tuning into 5 min Fridays with coach Myrna. I want to invite you to join my facebook group called Lifecoach to be inspired throughout the week.

A Giant Looks In The Mirror And Sees Nothing