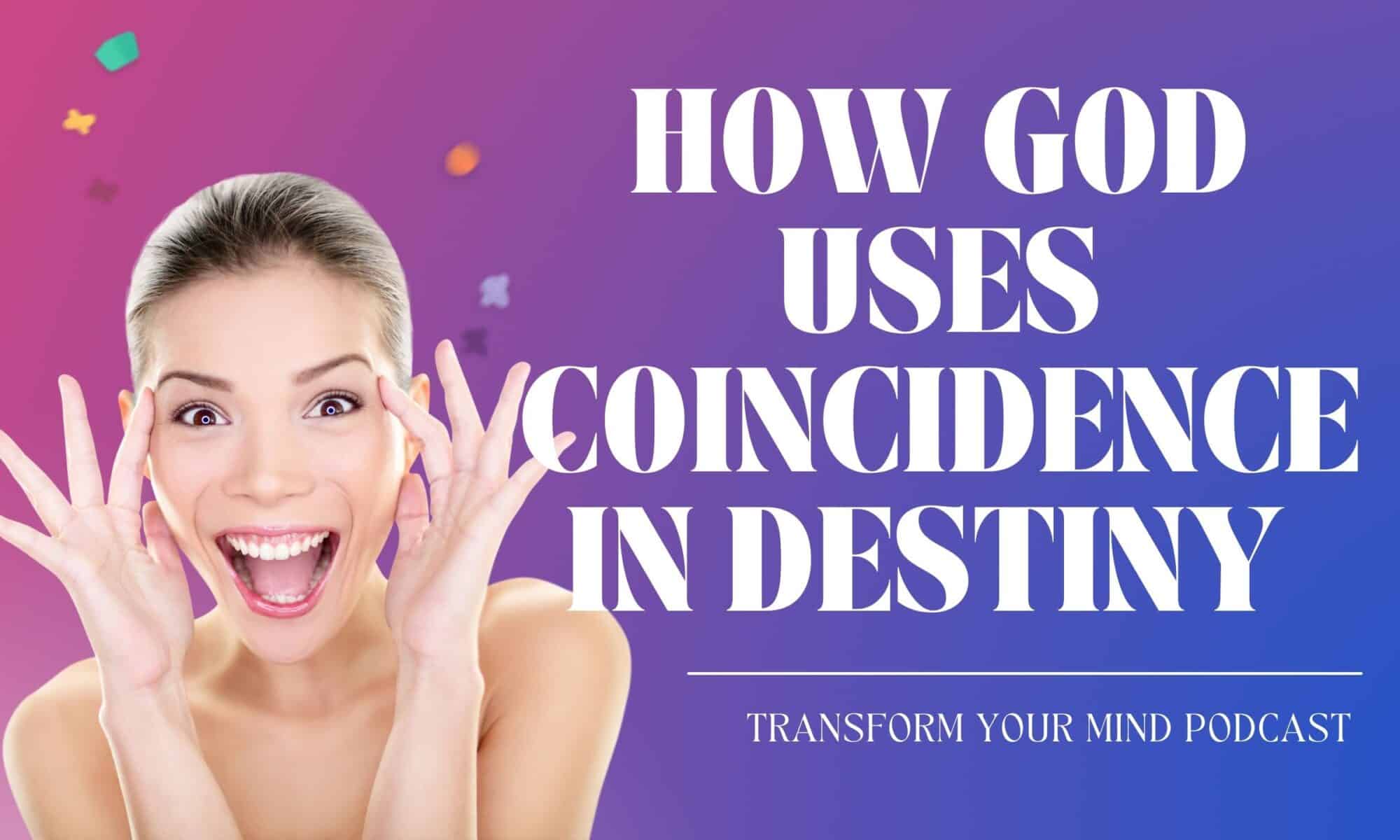 In this episode of 5 Min Fridays with Coach Myrna, we look at the,  Bible story, of, Joseph, to see how God uses, coincidence, to get us to our, purpose and destiny.  I show that there are, no coincidences in life, that every moment has been, preordained.
So, if you have been feeling unlucky because you had, coincidence, show up in your life that did not feel good, I want you to know that every event has a, purpose, and that is to take you to your, preordained destiny.

For we are God’s masterpiece. He has created us anew in Christ Jesus, so we can do the good things he planned for us long ago.

Bible Story Of Joseph and destiny

I want to use the, bible story, of, Joseph, the son of Jacob to show how God uses, coincidence. Joseph, was born with a purpose, prearranged by God. It was determined in his mother’s womb or before.

Because he was born to his father in his old age, his father Jacob loved him more than his 10 other brothers. That created jealousy. His brothers hated him because he was his father’s favorite. When Jacob made, Joseph, a beautiful robe of many colors, his brothers became even more jealous of him.  Then Joseph, started dreaming about his brothers bowing down to him and he decided to share his, dreams.

Bad move, never share your, dreams, of success with others even family members because they will secretly hate you and want you dead. They may not try to kill you as Joseph’s brothers wanted to do, but maybe they would wish evil on you.

The good news is whatever God ordains no man can change.

The Jordan Harbinger Show, is a top shelf podcast named best of Apple in 2018.

Jordan dives into the minds of fascinating people — from athletes, authors and scientists to mobsters, spies and hostage negotiators.

I really think there just isn’t a better podcast to listen to casually or seriously to expand your worldview. Jordan’s also got a strangely relatable weekly segment, “Feedback Friday,” where he covers advice on everything from escaping a cult or psycho family situations to relationships and networking to asking for a raise.

Search for The Jordan Harbinger Show on Apple Podcasts, Spotify, or wherever you listen to podcasts. You can also head over to jordanharbinger.com/start  to start listening.

Here are 2 episodes I loved and I think you would too.  Check out

It is amazing how God orchestrated getting, Joseph, to fulfill his, purpose.

How would, Joseph, get in position to fulfill his, purpose, if these apparent, coincidences, did not take place?

There are, no coincidences in life,  everything is, preordained, in God’s plan.

What you think is bad luck is actually God getting you in position for greatness.

Potiphar’s wife has the hots for, Joseph, but when he wouldn’t sleep with her, she seeks revenge by accusing him of trying to rape her and so Joseph is thrown into prison. The same prison that the Pharaoh sends prisoners from the palace.

Later Pharaoh throws his cup bearer and his baker in prison and who oversees them, Joseph!

Then God gives them both, dreams, and tells, Joseph, the interpretation of their, dreams. It so happens that in 3 days both, dreams, come through according to, Joseph’s interpretation.   The cup bearer is returned to his role in the palace and the baker was killed.

A full 2 years later the Pharaoh had 2, dreams, that he needed interpreting and that is when the cup bearer remembered, Joseph, the Hebrew slave who interpreted his, dreams, in prison.

Pharaoh sends for, Joseph, who interprets his, dreams. Joseph, tells Pharaoh that the, dreams, meant God is notifying him there will be 7 bountiful years followed by 7 Years of severe famine.

Pharaoh then makes, Joseph, administrative head of Egypt second only to himself. Everyone needed to bow down to him.

God’s, purpose, for, Joseph, was to be the instrument that would save the Egyptians from all dying in the famine that was, preordained, before, Joseph, was born. The famine would have also have wiped out all of Abraham’s defendants as well and that would have made God’s promise to Abraham, that his defendants would be as numerous as the stars in the sky to be void, and how many of you know that God is not man, he does not lie. He used, coincidence, to move, Joseph, in position to realize his preordained, destiny.

Coincidence is to get you to your destiny

I wanted to share this story with you today to illustrate that you were born with a, purpose, and there are no, coincidence, in life. Every moment is, preordained. Think of all the, coincidences,  God had to orchestrate for, Joseph, to fulfill his, purpose and destiny. Most of them not in, Joseph, favor.

My life has been the same.  There were several, coincidences, that got  me to my, purpose and destiny. If I was to pick up my story from the time I arrived in Canada from Guyana.

I met this girl working in a factory making zippers. She took me with her to look for a better job. That, coincidence, got me a job at Scotia Bank and she did not find work. While I was at Scotia Bank, I met my second husband who was 12 years older than me and schooled me in life and suggested I go back to college.

After college I started selling computers.  the, coincidence, of how I met Tony Robbins. Tony came to town and sent free tickets to my company for his “unleash the power within” conference.  Tony Robbins inspired me to unleash my power within and I became the top female limousine operator in Toronto Canada.

This, coincidence,  brought me to Miami Florida. Miami was my Egypt, it is where I needed to be to fulfil my, purpose.  I will stop here, but you get the picture. There are, no coincidences in life, every step in your journey is, preordained, and is God’s plan, even the steps you take backwards.

So, if you feel you have been lucky or if you feel that you are unlucky, I want you to know that every, coincidence, has a, purpose, and that is to take you to your, preordained destiny.

This is life coach Myrna Young and you have been listening to 5 mins with coach Myrna.  I want to invite you to join my private Facebook group called Lifecoach. Hope to see you next week.  Namaste

How to Awaken to Your Soul Purpose