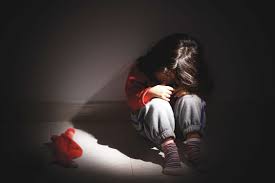 Today I am speaking with Maralee McLean. Maralee shares her experience with, sexual abuse, from a parent. This is a very personal story for Maralee, and I applaud her braveness and her transparency.

I’ve spoken several times on the show and this blog, of my , sexual abuse, as a child. I wrote a book about my story “Out of the Snares, a story of hope and encouragement” So what I hope to do today is help Maralee bring awareness to, sexual abuse, in the home by family members.

This nightmare became real for Maralee McLean, and her book “Prosecuted but not Silenced” details it. The entire narrative of “protective mothers”, mothers who have to share custody of their children with dangerous, abusive men; defies belief. People with background knowledge of the plight of protective mothers will recognize many themes of Maralee’s story.

Woman falls in love with a “nice guy” who turns violent, uses the divorce to unleash a previously unimaginable level of cruelty and violence, and a court system so blinded to this evil and to the needs of children, they facilitate it. But for those who still find Maralee’s story beyond belief, there is almost a hundred pages of appendices providing the actual documentation mentioned in the chapters of the book, as well as background on issue.

Domestic violence is a red flag for sexual abuse

There’s lots of these cases today of protective moms that can’t protect their children, so that’s one of the reasons I’m telling this story. I had I’ve been married to a, Domestic Violence abuser, and I really got out of my marriage carefully. Before we got married there were no red flags or books out there to tell you about these kinds of men. I thought a woman had been physically abused for it to be, domestic violence.

I didn’t understand control and emotional abuse and psychological abuse. I suffered all those abuses. I tell young girls today, especially in college, if they see red flags, run because if they marry that guy and have a child with him, you’re in this for life because that child will be possibly abused. I not saying, sexual abuse, but abuse in other forms.

My red flags were that he would be a perfectly nice guy and then his eyes would change in an instant to scary evil looking eyes.

We were married for many years before I had a baby but once I divorced him, there was a lot going through the divorce in itself. I mean I was stalked, emotionally abused, some physical and psychological. He would write editorials to the newspaper about our divorce, and they would print them and they not even true.

Sexual abuse in your home

When my daughter was a baby, her father did not want anything to do with her but once she turns like around 2 years old, he started wanting to see have visitation. This one time on a visitation our two-year-old daughter was wearing this little pink dress, her long dark hair was in a ponytail, her little blue eyes that danced and everyone on the street literally stopped me to talk to her and I say her sweet she looked.

I dropped her off at her dad at 4 pm for a 3-hour visit. When I went to pick her up about 7:00 pm that evening, I knocked at the door and there was no answer. I thought well that’s weird. I knocked again, still no answer. Finally, he comes to the door, and I saw my daughter’s clothes are strewn all over the living room floor. He goes upstairs and brings her down the stairs. She was covered in sweat and limp in his arms.

Her hair was matted to her head. I asked him what the heck happened to her; my gut pulled tight. He said she got sick. I said well that’s funny because she was fine a few hours ago. I got her clothes together got her dress and got her out of there fast; but I at that point I never would dream he would, sexually abuse, his daughter. I always thought he’d be the greatest father that was one of the reasons I’d married him. I never saw any indication of, sexual abuse, or anything like that in him before this. I thought well she just got sick at his place.

Sponsored AD
Are you dissatisfied with your life and/or your job? Do you feel bored, unfulfilled, maybe unhappy, stressed or burned out? Do you expect more from life?

Then you might be interested in Chris Morgan’s new book “Have The Courage To Be YOU – How Not To Live A Life Of Quiet Desperation”.

Chris Morgan makes a compelling case for why choosing YOURSELF really is the only sensible option you have in your life. Don’t count on your job, your company or your bosses to fill your life with meaning and purpose. Instead, create your own future and chart your destiny by changing your attitudes towards yourself and life itself.

“Have The Courage To Be YOU” was written by Chris Morgan, CEO of www.retiredby35.com an early retirement and personal growth blog.

5-star rated “Have The Courage To Be You” by Chris Morgan, now available on Amazon.

Sponsored AD
www.Zamgood.com
Can’t Seem To Get Anywhere
Searching for new ways to make extra cash and not getting anywhere? Your frustrations are understandable. ZamGood is now here to help you with that issue.
People have the opportunity to receive what we call CRAF – Our customer relief appreciation fund. Only 20 jobs performed and that fund is yours. You never have to have work done by us ever again. So, Customers should try to persuade their personal provider(s) to sign-up, because we believe our Customer Relief Appreciation Fund is too great to pass up.

Later within maybe three months or so after that incident, my little girl discloses, sexual abuse, to the daycare provider and to myself in detail. No child could possibly come up with that on her own. She was 2 and a half. I called my sister who was a nurse at Children’s Hospital, and I asked her what to do. She told me to ask her again in the morning and see if she repeats it. Don’t mention her father’s name and then take her to her pediatrician, so that’s exactly what I did, and she I repeated the same, sexual abuse, to me and to her pediatrician. The doctor notified social services and that’s when my nightmare began!

Proving sexual abuse is a nightmare

Social services set up supervised visits and he was the perfect father. Then one day I met The Guardian Ad litem, which is a lawyer for the child. I go into this room, and they had other social workers there and the father and she interrogated me like nothing I’ve ever seen on TV. Why would your daughter continue to say, sexual abuse, if you weren’t coaching her?

I said have you talked to the babysitter who spent quality time with my little girl? She had been on the case for 3 months and she had not met the babysitter.

She said this is, parental alienation, I didn’t even know what, parental alienation, meant at the time. This is a term I’ll bring up later. She says this child going into foster care. She already had a foster care home lined up before she even talked to me. I am beyond belief. Her father and I are not even living together. They were going to put my baby into foster care and totally traumatize her. She’s never been away from me. I’m the sole caretaker. But I held it together, because I knew if I emotionally went nuts they would say I was not a fit mother.

After they took my baby, I lay my head on a desk and cried as if my soul was just ripped out of me. Then I drove a hundred miles an hour to Dr. Baker’s office. I walked in with my makeup all over my face. They just took my baby from me, you know the truth, fight for us.
It took me 12 years to get my baby back.
Click the link below to listen to the rest of this powerful story.