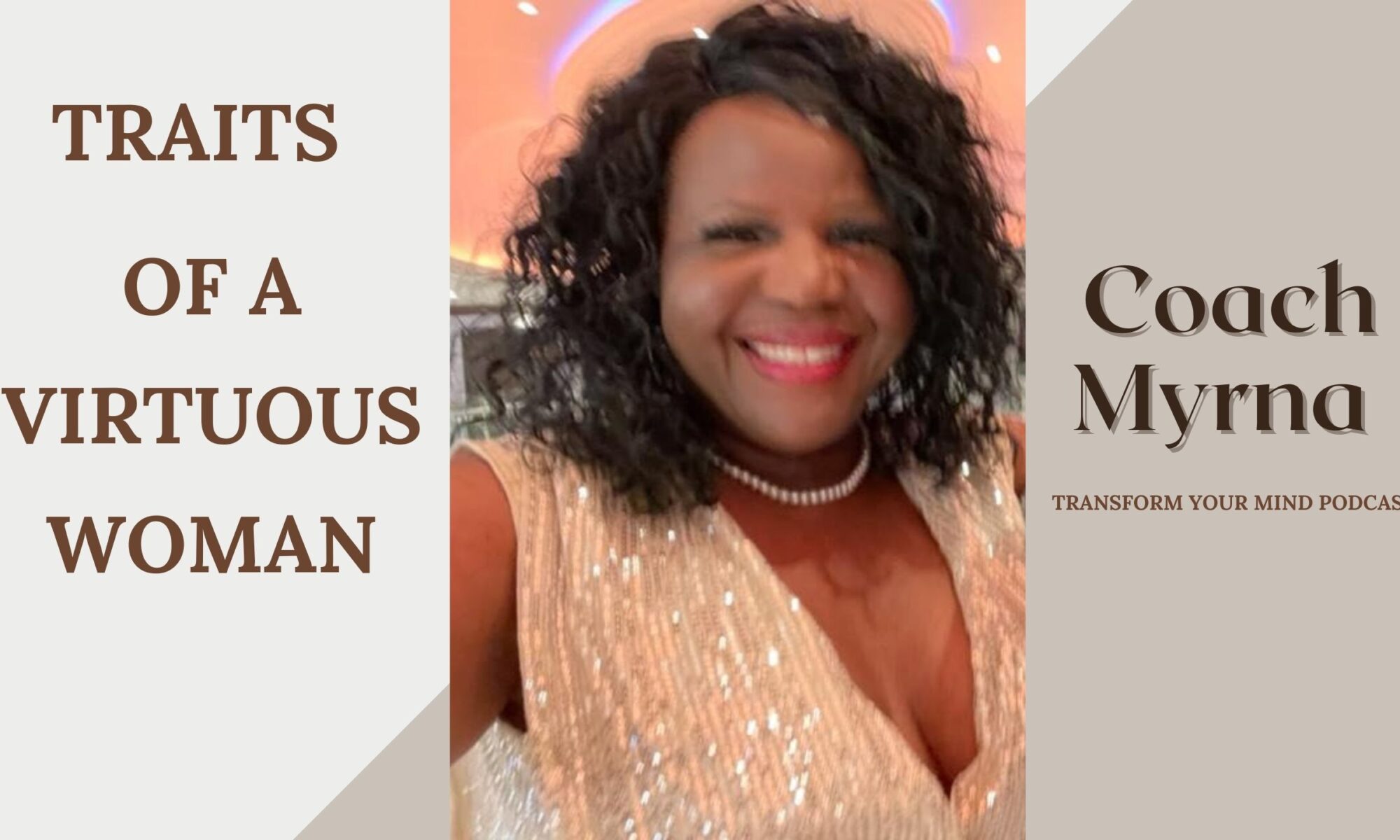 In this episode of 5 min Fridays with coach Myrna, I look at traits of the, virtuous woman, and use as my foundational story the, bible story, of, Ruth and Naomi, and why, Boaz, called, Ruth, a, virtuous woman.

One of my favorite, Bible stories, is the story of, Ruth and Naomi.

The story is told that, Naomi, Ruth’s mother-in-law had huge losses. Her husband died as well as her two sons leaving her with no money. She said that the Lord made her life very bitter and caused her to suffer.

So, Naomi, decided to return home to Bethlehem in Judah because the Lord had blessed Judah with grain.

Naomi and Ruth, moved to Judah where Naomi told Ruth to go work in the fields of, Boaz, a very wealthy man. Boaz, noticed this strange woman working hard in the fields and enquired who she was. He was told that she was the young woman who came back with, Naomi.

Boaz, was impressed about what he heard about this, virtuous woman, and told his workers to treat her kindly and drop bundles of grain on purpose so she can pick up.

Ruth, worked throughout both the barley harvest and the wheat harvest then, Naomi, decided it was time for her to get a husband.

She gave, Ruth, instructions on what to do and, Ruth, did everything her mother-in-law told her to do. She bathed, put on her best dress applied perfume and lay at the feet of, Boaz. That was the submissive gesture. Boaz, woke up and accepted the offer blessing her for not going after a younger man.

The story ends with, Boaz, marrying, Ruth, and her son Obed was the grandfather of David.

In this story Ruth was called a, virtuous woman, because:

What are the modern-day traits of a virtuous woman?

What’s the benefit of being a virtuous woman?

A, virtuous woman, has character traits such as honesty, chastity, courage, and generosity. Virtue, theorists believe that if we concentrate on being righteous people, the right actions will follow; in other words, the people with the right character tend to make the right decisions.

What is the meaning of Virtuous:

3 Ways To Let Your Inner Greatness Shine Through