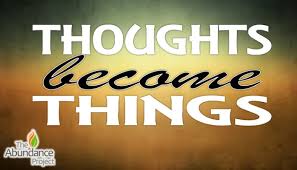 Good or bad, you manifest what you think about most of the time.

This principle of the, law of attraction, has been around since the bible; but James Allen made this principle famous in his book “As a Man Thinketh“

If you want success, love, happiness, contentment, wealth, then you must think, good thoughts, because, thoughts become things.

Here are some, Good Thoughts,  to engage the, Law of Attraction: The Secret

I just read an interview with Missy Elliott. Here is how she used this principle to achieve her success. This is her story.

As a grade school student in Virginia, her classmates would have never believed that Melissa Arnette Elliot would one day win six Grammys, two AMAs, and become the first female rap artist to be inducted into the Songwriters Hall of Fame, but she did. In fact, Missy said that she saw herself as a legend long before anyone else could. Missy explained that in elementary school, every week, the teacher would ask the students what they wanted to be when they grew up, and Missy’s answer was always the same:

“‘I’m going to be a superstar,’ and the whole class would bust out laughing.”

“It’s funny, she later said.  I was telling somebody that everything I spoke, I’ve done. That’s how powerful the tongue is…I used to sit in the house and act like I was having conversations with Janet and Michael and Madonna and whoever. I then would go and say my thank you’s for award shows that I hadn’t made it to yet. I had speeches, and I would be in the mirror thanking my mama.” I engaged the, law of attraction, with my imagination to turn my dreams or, thoughts into things.

“Trust me, this was all visioning and, good thoughts, because I was broke. My family would be like, ‘You better find something to do.’ They told me to go in the Army. I’m like, ‘I’m too fat to go in the Army. Where I am running to?’ Everything just seemed so impossible at the time because we didn’t have the technology to be able to reach out and put your stuff online and for people to get a chance to see it. So you have to be at the right place at the right time.”

Missy said that she carried on this spirit of speaking her dreams into existence into adulthood.

“I told my mother, ‘I’m going to buy you a house, and I’m going to buy you an elevator in case your legs start hurting.’ And my mom would laugh and be like, ‘All right, okay.’ But when I got my first check, I didn’t even buy myself a house first. I bought my mother a house. Put a Bible in the soil and built it from the ground up.” My, thoughts became actions

After battling Graves Disease, domestic abuse, and a brutal, male-dominated entertainment industry, there’s nothing Missy can’t overcome; and do you know why? Because she knows how to transform good, thoughts into things!

It is hard work holding on to the vision in between the trials, failures and struggles which are a part of life.

In all human affairs there are efforts, and there are results. The strength of the effort is the measure of the result or the quality of your thoughts.

The transformation of your good, thoughts into things, are the fruits of effort.  They are thoughts completed, objectives accomplished, visions realized.

Arifah what has been your experience as a mental health counselor on transforming good, thoughts  into things?

Most humans are operating in one of 4 psychological levels:

Level 2 – you create and design your world

Level 3: Servant to a higher calling.  Doing something for the world. You are pushing humidity forward. The universe speaks through you. You are doing it through inspiration.

Level 4: Oneness with humanity, monk like state. You can heal with a touch.

Let’s look at the first two levels since the majority of us will never get to level 3 or 4.

Victim stage – 70% of the world operates at this level.

Level 2: You believe that your, Thoughts become things,  your reality: the secret

How my good, thoughts became things.

I went to International Top models and graduated. My modeling agency started giving me work in the movies. I got roles as an extra in 3 movies one was the movie Cocktails with Tom Cruise. I got a radio gig reading the news, I got a regular part on a sitcom again as an extra. I had a manager and was thinking of moving to Los Angeles when I got pregnant with my son.

I was 20 years old at the time and something happened to me during pregnancy.  I no longer wanted to get by on my looks. I wanted to be a business woman. So I packed up my modeling career and went to college. I later became an entrepreneur. I was happy with my choices.

That dream laid dormant until earlier this year. 40 years later. My daughter was working in LA for a month and I decided that when I went to visit her I should audition for some movie role just to get the life experience. I signed up with this casting company called NY casting. I was only in LA for 3 days so I couldn’t make it happen; but I was able to get tickets to see Dr Phil. They sat me close to the front of the studio and I just visualized me as a the host of a TV talk show. You couldn’t bring cameras into the studio, so I mentally recorded every detail of the studio. I imagined myself walking on to the stage and waving to the audience.

When I returned home, I figured my next move was to get some footage of me as a host to send around to casting directors. I sent an email to the producers of this radio show and asked them if I can do a live radio show in the studio in Atlanta. They responded that they had a TV show taping in Miami and they would like me to host it. I couldn’t believe it.

I Hosted the show called “Make me over Miami” and uploaded a clip to NY casting site. As soon as I finished uploading my video reel, I noticed a casting call for a talk show host in Miami. I sent the director an application. About a month later he responded that he would like me to audition for the role as the consumer reporter on the show the Culture Club. The show is taped in LA, they pay $1500 per show as a start.  My, thoughts become things. Not a bad start! I don’t know if I will get this hosting job; but I am encouraged.  This dream started as a, good thought,

Now I hope you followed along with this story how my dream was reignited.  I made the first move and signed up with a casting agency, followed inspiration and got tickets to Dr Phil.  Visualized myself being the female version of Dr Phil. Got the video real of coach Myrna in action, got an audition!

Arifah can you share a personal story of when your, thoughts  became Things

I remember one day asking myself, if I felt I was making a difference. I started to question my purpose and if I was using my skill sets wisely. I started to think about what kind of difference I wanted to make, what skills I had and how best to use them.   It all seemed overwhelming at first, but the more I thought about it, the more I believed it was possible and those, good thoughts, turned into good actions.

I thought about the name of my organization, the logo, what I wanted to do, who I wanted involved and all the ways to make it a reality. Everything I thought about, it came to fruition because I believed I could manifest it. The best part about it all, was that I engaged youth I had worked with over the years to get their input on everything I was doing, from voting on my logo ideas, input about projects and their involvement in the organization.

I always dreamed about creating something that would make an impact and that would engage young people not just as participants, but leaders and creatives.  I thought of the partnerships I wanted and what I hoped would happen in the next 5 years.  I always tell people, I really dreamed about what I wanted, thought about it everyday in detail and put those, good thoughts, on paper, and now those good, thoughts became things. I am living in and growing my dream everyday.

How to become lifted by your purpose

Lifted by Purpose, is not just a name, it’s a way of life, I tell young people if you believe you can, your half way there to making it a reality.  Thoughts, hopes and optimism, is powerful in guiding us towards what we envision and success.  It may take time, you may have ups and downs, but you will also have wins once you work towards your goals.

The first 2 small grants, I applied for I got denied, I even cried I was so upset.  But I believed in my vision and I kept writing grants, I turned those,, good thoughts, into a $75,000 grant!  I continued to submit grants for larger sums of money and was successful.  The first grant I wrote on same day as my uncles funeral, the second big grant I I wrote when I lost hearing in one of my ears for 5 weeks.

Despite the hardships, I never gave up on myself, my team and the vision to provide programs and services to youth. I always think about the potential outcome and who it benefits, over all the work to make it happen. My good, thoughts became things, and  have lead me to where I am today, lifted by my purpose.

Everything is FIRST an idea or thought before it comes into creation.

Consciousness is the source of it all, meaning that your mind and thinking are the fuel for creating matter ie the physical appearance and experiences that show up in your life.

This is the basic of, Law of Attraction, teachings. They teach you to understand that you have the power to shape your life with your thoughts and emotions.

By sharing our passions/vision for the highest good of all, we can be the change we wish to see in the world and be of service to our fellow beings.

So, if you want to change your life, start by changing your thoughts because your, thoughts become things! –