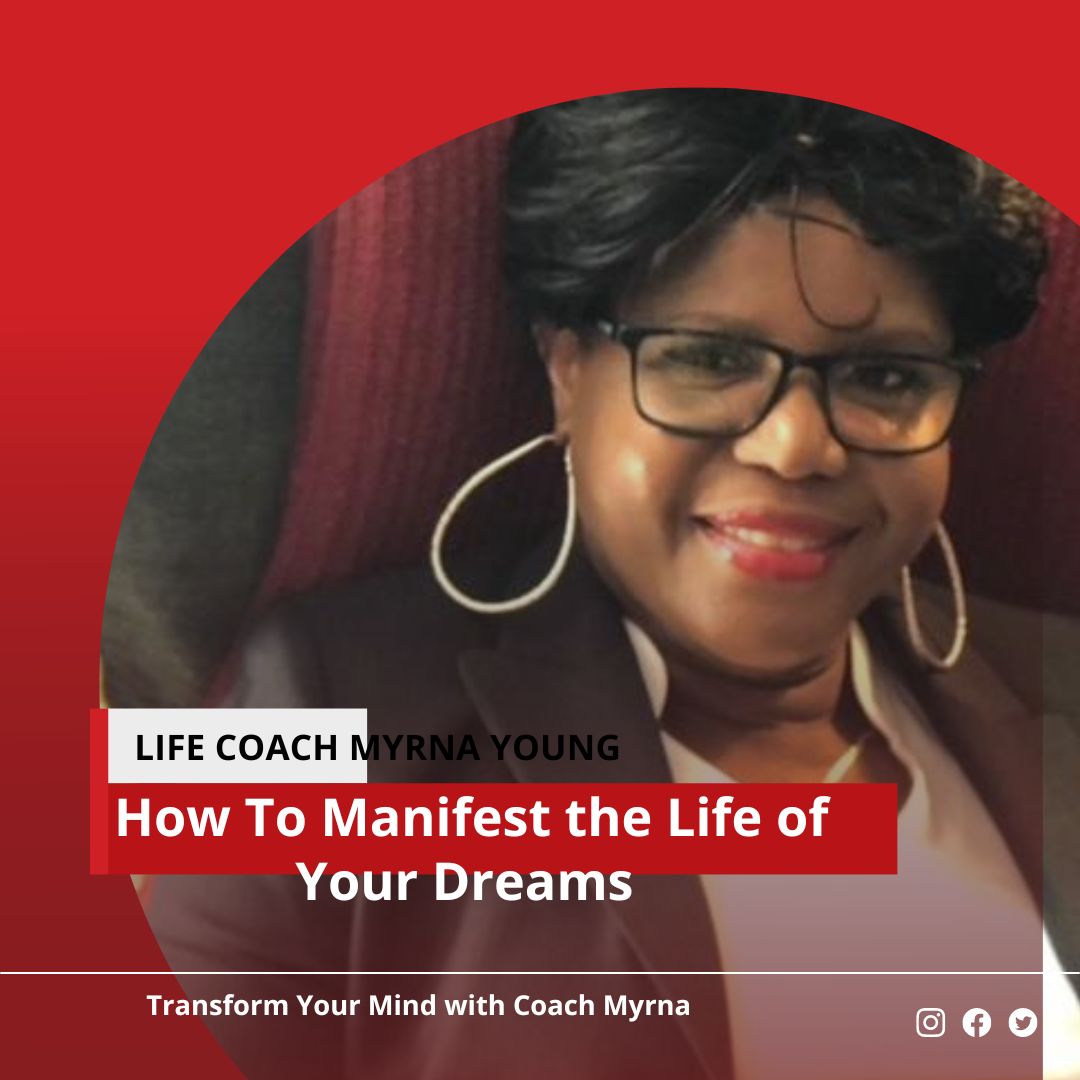 Every successful person first dreamed of success. But not everyone who, dreams, of success becomes successful. Success leaves clues.

In this episode I want to share with you the secrets of making your, dreams, a reality.

We are going to look at 6 well known celebrities and see if we can find the secrets to manifesting the, life of your dreams.

How O.J Simpson manifested the life of his dreams

O.J Simpson, was a young boy who was born into poverty in a rundown section of San Francisco. This young boy became a fan of football legend, Jim Brown, then the running back for the Cleveland Browns.  Even though this young boy was crippled by Rickets from malnutrition, he dreamed of one day becoming a star running back like his hero, Jim Brown.

Since he had no money to pay to see his hero play, he would wait outside the stadium for the maintenance crew to open up the gate in the fourth quarter and he would hobble on his crocked legs into the stadium and watch the balance of the game.

At the age of 13, he walked into an ice cream parlor one day after a 49’rs game against the Browns and came face to face with his idol, Jim Brown.

He went up to him and said “Mr. Brown I am your biggest fan.  I know every record you’ve ever set, every touch down you’ve ever scored.  Mr. Brown one day I am going to break every one of your records.”

O.J Simpson, did indeed go on to break all of Jim Brown’s records proving that, whatever you water will grow, and that, energy goes where attention flows.

So, what was O. J’s secret to manifesting his, dreams, of breaking all of his hero’s records and becoming the best even though he had crocked legs? Focus and determination. Whatever you think about you bring about.

There are more, rags to riches, stories than rich kids born with trust funds. Today I want to look at 6 other famous people who manifested the life of their dreams.  We are looking for a common thread and that is the secret.

Some Names of, Rags to Riches, stories:

Oprah Winfrey, was born in the rural town of Kosciusko, Mississippi, on January 29, 1954. After a troubled adolescence in a small farming community, where she was sexually abused by a number of male relatives and friends of her mother, Vernita, Winfrey moved to Nashville to live with her father, Vernon, a barber and businessman.

Winfrey launched The Oprah Winfrey Show in 1986 as a nationally syndicated program that ran for 25 years, until 2011. With its placement on 120 channels and an audience of 10 million people, the show grossed $125 million by the end of its first year, of which Winfrey received $30 million. Winfrey went on to become the first Black woman Billionaire in the USA.

4 things that made Oprah manifest the life of her dreams

Oprah says she read the book called “The Seat of the Soul” by Gary Zukav. In it, Zukav explains that intention precedes every thought and action and determines outcomes.

The principal of intention changed her life. “I started to make my decisions on what I intended,” she says. “What do I really intend to happen from the outcome of this decision or this choice?” I personally credit intention to my success as well. I read the book “The power of Intention” by Dr Dwayne Dwyer and used the, energy of intention, to design my life.  Which is what I am teaching you guys to do.

“I practice being grateful,” says Winfrey, and she knows what you’re thinking. “And a lot of people say, ‘Oh Oprah, that’s easy for you ‘cause you got everything!’”

No, says Winfrey: “I got everything because I practiced being grateful.”.

Winfrey, has been keeping, gratitude journals, for years. “Some days she says you only have, ‘I’m still breathing.’ Because life gets in the way.”

You have to know yourself. You can pretend to others and fake it till you make it, but you should not fool yourself.

How Tony Robbins manifested the life of his dreams

Tony Robbins, was born Anthony J. Mahavoric in North Hollywood, California, on February 29, 1960. Robbins is the eldest of three children, and his parents divorced when he was seven. He is of Croatian heritage from both sides of his family. His mother then remarried several times, including a marriage with Jim Robbins, a former semi-professional baseball player who legally adopted Anthony when he was 12.

During high school, Robbins grew ten inches in a year, a growth spurt later attributed to a pituitary tumor. He has said his home life was “chaotic” and “abusive”. When he was 17 years old, he left home and never returned. Robbins later worked as a janitor and did not attend college.] One day he asked the landlord on site, who was a family friend, about how he became so successful. The landlord then told him that he started to turn his life around after going to a Jim Rohn seminar.

Tony Robbins, is now the #1 Life coach in the world speaking into the lives of millions, including Presidents, and top executives.

He is also instrumental in my story as I went to his seminar in 1992 and started my journey to manifesting the life of my, dreams, from that seminar.

Here are the 4 modalities that allowed, Tony Robbins, to manifest the life of his, dreams.

1. MOVE PAST YOUR FEAR OF FAILURE

If you want to make your, dreams, a reality, it’s critical that you move past your, fear of failure. Fear can stop you from even thinking about taking the first steps toward the life you want. Fear of failure, makes you feel like you are treading water in one place.

Fear of failure is one of the most common, limiting beliefs, but it isn’t the only one. Would you be surprised to learn you can also have a, fear of success? Other common beliefs are that we’re not deserving of love and success, that we’ve “always been” a certain way or that we are inherently “not good at” something. All of these beliefs are false, and you must identify and replace them to make your, dreams, a reality.

Every human on earth is driven by one of the, Six Human Needs. If your top need is connection or significance, you may feel like you’re following someone else’s dreams in order to fit in or earn love. If you need certainty, you may need to break away from your comfort zone to make your dreams a reality. Discovering your top needs can change your entire perspective on life.

WHAT ARE THE 6 HUMAN NEEDS?

My top need is for contribution and service and that is why I try to speak into the lives of thousands on this show.

Taking action is what Tony built his coaching practice on.  In fact, he says to, take massive action. Tony says, “The path to success is to take massive, determined action.” Set goals and make a plan to get there. Hold yourself accountable every day. And never, ever give up.

Neal Donald Walsch – Twenty years ago, Neale Donald Walsch, was in deep struggle. He had lost everything – his house, his marriage, his health and his job. He spent a year living on the street. His life turned around the day he asked in despair, “God, what will it take for my life to work?” He was invited to step into another version of himself – the version that would share his greatest gifts with the world and publish the best-selling Conversations with God book series.

Neal’s strategies for manifesting your, dreams, are:

How Les Brown went from poverty to his dreams

Les Brown (born 1945) is a motivational speaker. Born into poverty and abandoned as a child, Les Brown, has gone on to become one of America’s best-known and highest-paid motivational speakers. His company, Les Brown Unlimited Inc., has made millions of dollars from the sale of motivational materials to a variety of audiences, from Fortune 500 executives to special education students and prisoners.

Les’s secretes for manifesting a, life of your dreams, are:

So, what do all these people have in common. They focused their attention on what they wanted and not their current circumstances.

Here are my secrets for Living the Life of Your Dreams

Everyone has something they can be grateful for even if it is feeling the warmth of the sun on your skin or being able to walk in the rain. Do you know that people in prison would give anything to feel the sun or walk in the rain. Positive vibration attracts positive things and circumstances into your experience and your, dreams become reality.

Thanks for tuning into this week’s episode of, Transformation Fridays, with coach Myrna.

Your Focus Determines Your Actions