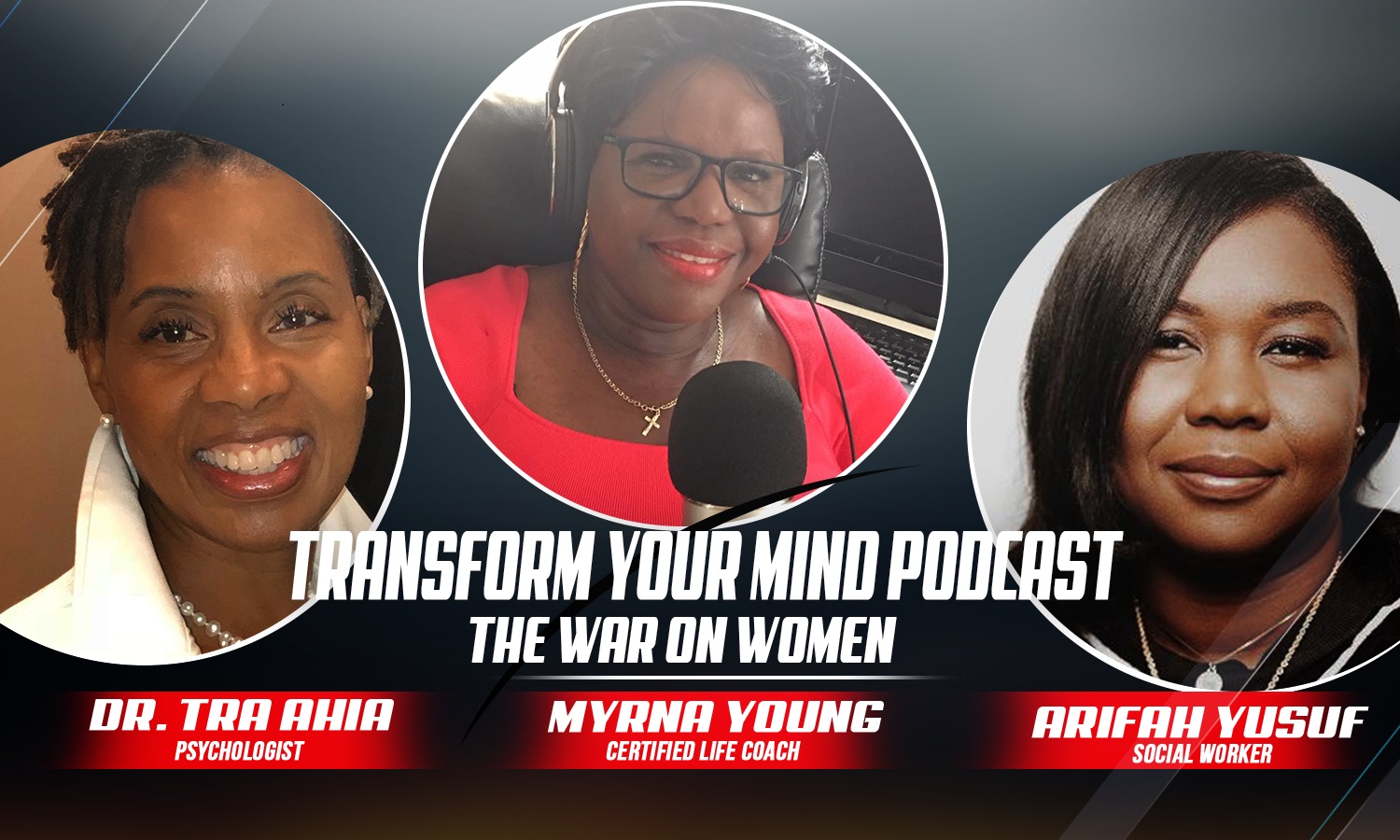 Childhood Abuse has continually been linked to substance abuse for women. In this Episode we look at, Drug and Alcohol treatment for women with trauma, who were abused by men and parents during childhood.

I interview Dr Tra Ahia who is the author of “Call me an Addict, War on Women”

She has been recognized as a champion of woman’s issues. Particularly women who have struggled to maintain a positive balance in their lives despite addiction. As the Therapist for women in Rehab for over 30 years, Dr Ahia was responsible for the, drug and alcohol treatments for women with trauma, who turned to substance abuse to as a means to cope with trauma.  Her work in, addiction and recovery, began some thirty years ago and has empowered thousands of women as they transitioned to a healthy place in their lives. Dr Ahia’s research has been a motivating force in moving many broken women away from the men in their lives that lead them down the path of destruction, confusion, and addiction to a place where they are whole mentally, physically and emotionally with, drug and alcohol treatments.

In the book “Call me an Addict” Dr Ahia tells the brutal stories of 3 women.  We will look at one of these women on the blog and podcast on the, Transform Your Mind radio and Podcast with Life Coach Myrna Young.

Kelly’s first memory at 2 years old was her father punching her in the face for not eating her food.  Then she remembered at 5 years old taking her father’s fingers as she sat on his lap with his friends and sticking them in her vagina!

That was the start of her life that included sex with her father, an alcoholic and abusive mother, promiscuity with men at age 14.

At age 15 her parents gave her away to her boyfriend and moved to another city. She had her first child soon after and was homeless because the boyfriend also moved away to another city and left her to look after a child with no home and no income.

Another man gave her a place to live in return for sex. He ended up marrying her and they had 3 more kids.

Her abuse resulted in her abuse of alcohol and rehab. Her drug and alcohol treatment for women with trauma, was not successful. She continued to relapse.

Kelly started drinking heavily at 14 years old and used it for escape. It was drinking, sex, and prostitution.

What was so sobering to me hearing this story was how 3 generations were ruined from addictions. Kelly’s father and mother were both addicts. She hated them both. She became an addict and then her eldest daughter followed her lifestyle. One of the most profound statements in the story to me was when Kelly said she and her daughter would fight all the time about who was the bigger whore!

As a Life Coach and survivor of child sexual abuse, I can say that the reason my life didn’t spin out of control like Kelly’s was because even before I knew anything about mindset and the power of intention, I wanted respect. I did not want to be known as a Bad Girl or whore. A girl who is free with sex and all the boys talk about her.

Parents, this AP will teach your children responsibility and reward them in the process.  To download this AP head over to Google Aps and search for Kidtasks that’s K-I-D-T-A-S-K-S.

In my book “Out of the Snares, a story of Hope and Encouragement”, I share a similar story about my molester fingering me in his car as he drove me to school. I had the mindset to become a player in this game of life and not become a victim. You see victims have no power. Like Kelly she was powerless to stop her father from molesting her. In fact, another sobering part of her story was when she told her father “No” and he returned with the handle of a mop and stuck it up her ass. He told her with that move that she was nothing more than his bitch and he could do with her anything he wanted.

But we as women always have power!

Women are placed in Rehab facilities either by the Police, their families or sometimes they walk in on their own accord

Rehab facilities are an intensive in house process

As the in house Therapist my job was to administer, drug and alcohol treatments to these women with trauma, by helping them to learn from their addictions.

These Therapy sessions were conducted one on one and their, drug and alcohol treatments, were first understanding how they got to that point in their lives.

They first had to accept that they were addicts

These, drug and alcohol treatments for women with trauma, were 30 days to 6 months and sometimes even years

Most people including families do not understand that, drug and alcohol treatments for women with trauma, were not miracle drugs, these women were trying to get over abuse from their childhood.  They can’t be cured in 6 months when they had these traumas for 10, 20 even 30 years.

After the intensive in house, addiction and recovery, treatments these women continue their, drug and alcohol treatments for women with trauma, in an half way house for about one year.  In this house they are expected to remain clean, get jobs, practice self love and self care  and become contributing members to their community.

For more information on Dr Tra Ahia’s work and to pick up a copy of her book visit her on the web at www.forlifeservices-cc-com

Here are some of the Symptoms from Childhood Sexual Trauma Resulting in Addiction.

PTSD is a mental health condition triggered by a traumatic event. Symptoms can emerge months or even years after the sexual trauma. Some common symptoms of PTSD include flashbacks, nightmares, intense distress when exposed to sights, sounds, or smells that trigger memories of the trauma, and bodily reactions when reminded of the trauma.

Dissociation, often associated with PTSD, is feeling disconnected or dissociated from one’s body. It can affect a person’s ability to focus, concentrate and function for periods of time. In an effort to detach from the sexual trauma, people learn to numb themselves from the pain. Dissociation is often referred to as avoidance coping, because survivors use it as a mechanism to escape and pull away from their past.

The Road to Recovery

The recovery from sexual trauma is a healing journey that takes time. Children who have been traumatized by sexual abuse often report feelings such as shame, terror, depression, and guilt. They often blame themselves for the abuse. Although drugs and alcohol can give survivors a moment of reprieve, there are dangerous risks and high costs to that emotional escape.

Sexual abuse not only leaves emotional and psychological scars, but it can lead to dangerous risk-taking behaviors, like using drugs. Substances are only a temporary fix and they can’t erase the past. Fortunately, dark moments don’t have to last, and drugs don’t have to cover unhealed wounds. Survivors can learn healthy coping skills and become a beacon of encouragement and hope to other youth who travel a similar path toward healing.​

Additional Resources for Drug and Alcohol Treatments for Women with Trauma